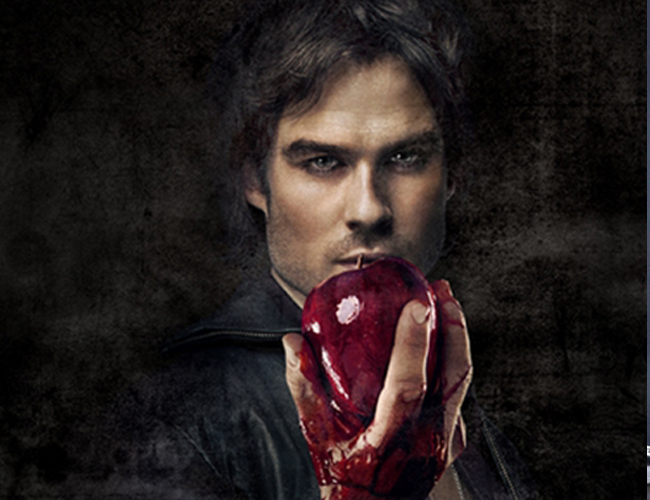 (We now rejoin Troy, after he flatlined Lois in Skipped Beat…)

Things did not work out the way that I had hoped.

I was supposed to be fleeing the country with my new wife Pilath. I gave up on Belle because she had become closer to Belen and once I fully realized that she would never again entrust me with herself and had hatred for what I had turned her into… I had no choice but to do what I should have done in the first place. I let her go.

I wish I had thought to do that before flatlining her and turning her into a vampire. One that now has a demon splitting her personality that she finally gave into just so she could at last, get away from me. I always thought that human girls were just the opposite. The movies and stories they tell about how they wish their long lost lover would just return to them and all would be well… that is what I was expecting.

She’s a vampire now and our marriage would be both acceptable and legal in my world now. Except that I had already divorced her while she was still human, left her to have a short lived affair with my best friend, then returned only to further ruin her life. She deserved better than this.

The mission… was a joke. I think Primus was just tired of having me around or something because there is no way he didn’t know that Lorena was an immortal. And I have bitten her over and over again. Twenty something times. That girl is delicious, and wonderful.

She gave me redemption in so many ways. Lorena understood that I was a vampire, who didn’t like talking about what that meant. I never clued her in as to what my life was really like and made it clear that I wanted at least the pretense of a normal life.

She loved me like Belle did and for a few months I felt at peace. I knew though. Paul has never been in love much less experienced this. She’d see through my façade one day. She knew that I rejected her in a lot of little ways that were so subtle that she let them go, but those tiny rejections were enough for her to embrace my last confession that I had never truly wanted her. I relied upon every line I had ever used to dissociate myself from a woman and watched her soak in the words that led to the reports I now hear about her feeling so badly that she just stopped living her life.

Lorena stopped going to school, working at the lab with me was out of course. She just shut herself in and went to church. I had done that to a wonderful and beautiful person who had given me hope for the first time in a long time. The longer I stayed away from her the more I knew from experience that even if I did return to run away with her, sweep her off her feet, and tell her I had abandoned my new wife Pilath determined to set things right between us… she’d react like Belle did and ultimately have to admit that I had caused too much damage to her and could not be taken back.

So, I stayed with Pilath. I frantically wrote her demanding that she meet me in the field that Paul and I use as a rendezvous point and then I ran into Lois, Lorena’s twin sister. I thought at first that I had imagined killing my wife because I caught her in bed with Caleb. But, by the time I reached the field containing Lois, the slimy blood on my hands confirmed what I knew to be true.

In a way, I was kind of relieved because now I could truly compete for Lorena if there was indeed hope. A false hope, I know. I knew at once when Lois mentioned Paul having met Lorena. The fact that he’d gotten her out of the house at all was proof enough for me as to who she would choose at the end of the day.

But, Lois, she was the no nonsense version of Lorena that I had always loved in some way. I suppose she reminded me of how up front Belle was. Lois was more of a match for me than Lorena ever was, only because she is fierce and Lorena’s sweet nature would be nurtured rather than destroyed if she stayed with Paul.

I’m rambling. Trying to decode my own thoughts and justify the surge of emotions I feel just now for Lois, who is in my bathroom soaking the sand out of her hair and taking in the fact that although it was an accident, I did turn her into a vampire… after the guards nearly killed her by throwing trees and large pieces of asphalt at her.

I had been pinned down and made to watch while one of the guards threw the debris and the other looked on. It was only when the one holding me down started laughing after that tree pinned her that he was distracted enough for me to gain leverage and rip his arm off. He immediately fell unconscious to the ground comatose. Although the other guard did get the last chunk of rock into the air, I managed to deflect it somewhat so that it rolled instead of landing on her and crushing Lois entirely. He was stunned when I ripped his leg off as I rose to my feet thus changing the stone’s trajectory.

Lois had bled out and due to her injuries would have died within minutes if I had not bitten her. I already put Lorena through so much, I felt I owed it to her to save her sister. I selfishly wanted to save Lois for my own sake, but at the same time I kind of wondered if she really would be better off dead than with me. The cad who would break her somewhere down the line.

I bit her anyway. Now I am busily fabricating a marriage license, identification cards, etc. for our trip to Rome. We have to reconnect with Paul and find out where he and her sister are if I have any hope of surviving Primus’ wrath or gaining Lois’ trust.

There is strength in numbers. Our plane leaves in an hour and I don’t think that Lois knows that by praying for herself and her sister prior to being bitten has saved her form being affected by Holy Objects. Only she can wield the blessed knife she has.

I can’t tell her that of course because she’s still angry with me and I’d hate to die before being able to make up for some of this.

Music for this episode – Natalie by Bruno Mars