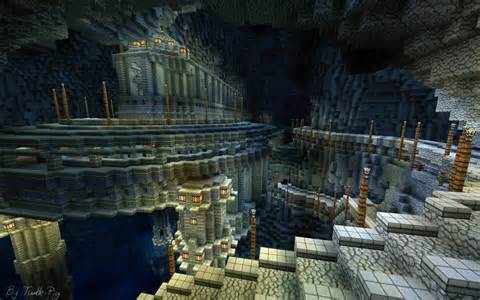 I have trust issues. I can admit that. I have had an unconventional upbringing and an exceptionally long life. I have had endless bouts of near death experiences, even for someone like me. And while I would not consider myself an adrenaline junkie, when I have enough humanness going for me to actually produce adrenaline anyway, I do find that life is better when it is exciting.

This in no way compares with the heart pounding, frog stuck in throat, cannot breathe, almost sickening reaction that the word ‘marriage’ brings about in me. She wants me to do what? We just met, besides which…

I’m not what you would call technically available. I mean I date and all, but it takes about 75 years for a divorce to be processed in our world and I’m sitting somewhere around the 45 year mark. So, that being said, I have been on my own for a while, with Genevieve as my girlfriend for a large part of that, but I am not what you would call unmarried just yet.

I couldn’t marry Amelia if I wanted to. The cringing I felt as my skin literally felt like it was crawling away to hide from the shame I was about to divulge must have been apparent. She picked up on it immediately. I think Amelia thought it had something to do with her. I was immersed in my own thoughts long enough to forget how she would perceive my reaction.

I never thought I’d say this, but thank God for Jared.

“I’m sorry honey. He’s not technically divorced in our world right now. Unless you’re willing to wait a decade or four you might have to come up with some different terms.” Jared said thoughtfully.

Quick note to self… Lily tells Jared all of my business when we get off of the phone. My best friend is kind of a big mouth and that would be severely irritating if I did not know that she probably does this in order to maintain her friendship with me without straining her relationship with him. I mean, I did make a play for her.

Amelia searched my eyes and found the truth of what Jared was saying deep inside them.

“Well, I suppose that will hardly do. It was worth a shot though.” She retorted. “So, I supposed I will have to bill you when this is all over.”

“How much do you usually charge?” Jared continued.

“Oh a husband is still my fee. I’m under the gun so to speak.” She answered him.

“I wish I could help, I just don’t want to be indecent towards you.” I mustered. “It’d be great if brother had any sense, you’d be good for him I think.”

“The dragon huh?” she said sarcastically. But, I think she was legitimately considering my suggestion.

“This way please.” A tall pale woman with burning red hair and orange flaming eyes told us as she walked towards us. She guided us to our quarters which seemed to be another two stories underground.

I don’t like being shoved in a hole in the dark. Granted they had modernized the cave system to look like a grand hotel, but you never forget that you willingly walked in and are practically buried. Who would ever find me here? Would anyone even know to look? I suppose I should have a brighter outlook seeing as how an actual angel is our sponsor. I’m still not looking forward to fighting the Blood Dames of the South, the Silver Wolf Clan of the East, or the Lotus Prince and his champion from the North.

These territories have been well defended. Only instead of being passed down through the generations, the original owners are still stomping around ensuring that the old days and the old ways continue. We’d have to kill them all. That is the only way they would not raid and reclaim any territory that the tournament might win for us.

Would and angel approve of all of that?

“Sit down. I’m going to tell you an interesting story.” Raphael said.

We had a mini apartment with three rooms. Jared and I shared one, the angel had a room, and the “bride or die” half angel had a room. We gathered as requested and studied the walls looking for shadows.

Since darkness is abundant underground, the host of this little bloodbath likes to use shadows to spy on his guests, divulge game plans and strategies to his most generous guests and basically help the blood demons cheat.

“Do not be worried Bryan. Shadows cannot compete with me. They will not hear.” Raphael said as I sat down uneasily convinced a shadow would try to invade my body and semi-possess me.

I nodded and sat down.

“There was a time before the history of man that angels were in charge of certain things. I won’t get into all of the assignments, but after man was created and vampires came about, there were sorcerers who attempted a little experiment with alchemy and vampire lore. They somehow managed to transfer some of a vampire’s essence into the hearts of precious stones.” Raphael explained.

“Exactly. The essence of immortality, speed, and strength were captured in the heart of about 300 stones belonging to a prince who commissioned that the jewels be made into jewelry that could be worn. After several months of experimentation it was discovered that each stone would only react with a small group of stones like it. So, copies of the same necklaces, rings, pendants, and even decorative jewels were made. Some were placed in plain sight for easy access. Imagine jewel settings in the framework of large portraits hanging in a royal palace.

“The jewels were meant to be distributed to the prince’s army. It evened out the fight against vampires. Humans possessed the very same attributes that gave the undead an advantage and a very long and drawn out war began trying to rid the world of the vampiri.

“Only, the prince was bitten and he stopped impaling undead armies and had no choice but to join with the very creatures he despised. He went into hiding and Primus confiscated all of the jewels that were made. They have been hidden in 3 crypts across the globe, but since Primus also has access to Hell’s resources, the jewels are engulfed in hellfire and transported elsewhere whenever the crypts are accessed.” Raphael explained.

“Why are you telling us this?” Amelia asked impatient. “Are we supposed to try and steal these jewels to even out the fight for humans?”

“No, I tell you this because I have to bestow a blessing upon you Jared and Bryan. This will protect you from Holy Objects. Holy oil and water will not harm you. But, you may only have the blessing if you agree to assist Paul in every way that you can and achieve humanness. God wants you to return to the land of the living and exit the road of damnation.” Raphael told us.

“What does that have to do with the jewels you mentioned though?” Jared asked.

“You are not the only vampires that will be blessed and very soon the Romans will know of your immunity to the usual weapons. They know that the jewels exist but they do not know where. Alistor is going to send them on a crusade to look for the jewels after ensuring your immunity has been exposed to the priests. They will be looking for a weapon to even out the fight while Primus unleashes Hell and its many rulers on earth.” Raphael continued.

“What are we supposed to do about the jewels though?” I asked him.

“Nothing. Just be ready when humans wearing enchanted jewels come to fight you and can match your speed and strength. I tell you this now because we each have a different path to walk and I do not want you to be surprised when you find yourself face to face with this problem. The Romans are awaking an ancient war. Little do they know, the prince still walks this earth.” Raphael continued.

“What was his name?” Amelia asked as she let her eyes wander, trying to figure out the answer to her own question no doubt.

“He goes by the name of Aiden now, but his real name is Vlad. The world knows him as Dracula, though they do not know why he so vehemently fought and so viciously killed. So much gets left out of human history. You will no doubt come across Aiden before this is all over. Do not forget that he is bitter about his existence as an undead and is still prone to acts of violence against what is now his own kind.” Raphael concluded as he rose.

“No, but before you reach the Siren, you will have crossed paths. Be careful Bryan.” Raphael said as he walked to the door. “I do not require sleep. I will guard the door as you gather your strength for tomorrow. Do not be alarmed if you do not see me. Visibility is an option I often forego.” Raphael said as he vanished into thin air.

The room was still calm, though heavy from his story. But, how often do I get to say that an angel is watching over me? I might as well sleep.