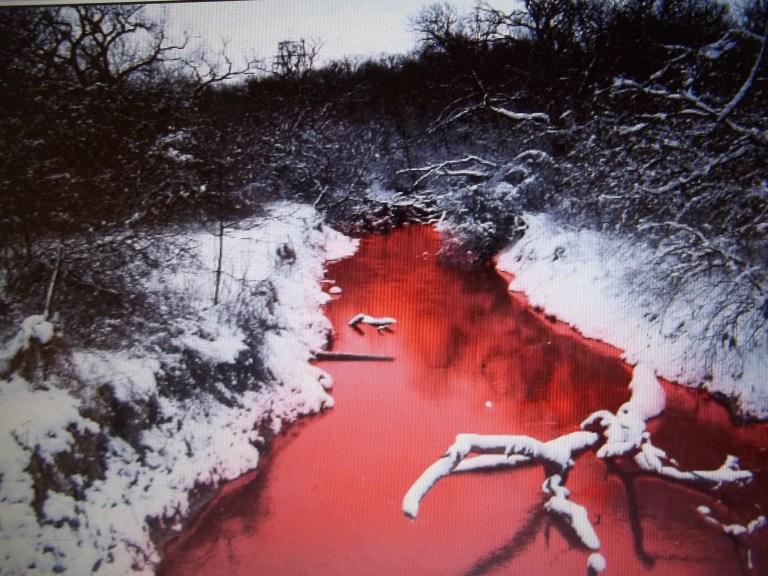 The smoke cleared the farther I fell and even though I was relieved about that I was still plummeting towards an unending pool of angry, wounded, and probably hungry… human sized pseudo vampires in the form of bats. Was this really the better idea?

I tried shifting my weight. The principles of jumping from an airplane that allow you to direct which way you fall as well as how fast you fall still apply here. I just don’t have a parachute on. If I can make it closer to the other side of the ravine then I’ll have less of them to fight against and a better shot at making it to the rock wall to climb up and away from them. I just hope I’m not too injured to climb when I get there.

I looked up behind me and saw the girls on their knees with their faces pressed against the invisible glass of the angelic flooring forming their bridge. I saw their tears as they banged against the floor and screamed for me.

Deacon pushed them aside and tried one last ditch effort… a crossbow. No wonder I didn’t see Deacon while Ryan was pulling the girls away as they ran towards me. He was already preparing my escape hatch. He knew I would jump. Somehow, I don’t know how because I really didn’t want to jump, but he knew that I would.

Deacon looked me squarely in the eye as I fell and nodded his head, pressing the trigger.

The arrow made it through the shield, and with it a rope attached. I reached for it as it came sailing for me and tried to tune out the shrieks below me that were waiting to take their revenge and ravage my body once it landed. Unfortunately, I missed. But he didn’t.

The arrow shot right through my stomach and a clasp spread out on my back hooking me.

Damn that hurt! But, it was better than nothing. I wanted to flip him off. I wanted to catch the darn thing but the more I thought about it the more it seemed like that kind of arrow would have cut my hand off. Then I would have fallen anyway. Okay Deacon, so I owe you one.

The girls yanked the rope and fell to the floor. I guess the shield will only let you pull things in at a certain speed. Ryan stepped in and pulled hard. His eyes looked afraid and as they crawled around the rope and pulled, albeit slowly. I started surveying my surroundings and quickly saw why.

The bats were circling around me. Any sudden moves, such as yanking me up to the shield would send them swarming in me like flies at a barbeque. There’d be nothing left of me but bone if I wasn’t pulled up slowly and discretely. No wonder the angels set a speed limit.

I heard Primus mocking and humming from somewhere beneath me. He was walking on the injured anti-venom bats and crushing them as he did. Primus smiled at me with those evil eyes and taunted me by using a bat who was squirming in his hands as an example of how they would bleed me dry and eat my flesh.

Once the bat he was holding was mutilated and dead he threw its carcass high into the air. The circling bats converged and even the limb that fell off was quickly caught and devoured. The bats returned to circling around me as Primus continued to throw injured ones into the air and to their sudden death.

I looked up. How much farther did I have to go? Two hundred feet or so maybe? I was only being pulled up about one foot per every twenty seconds. This was going to be the longest rescue known to man. I was just hoping that Primus didn’t throw a bat in my direction for us both to be devoured.

Primus was down there laughing as he saw me do the math. He started singing a saddening, terrifying, yet soothing song. Like watching blood flow from a loved one and trying to soothe them to sleep as they died. The bats apparently could speak and as Primus continued to throw them up to their demise they sang along, and those who couldn’t sing due to their injuries, hummed the deadening song.

I silently prayed. I hoped that Anna was out there okay somewhere and that she wouldn’t feel guilty for hanging up on me if that last time we spoke was really going to be it for a while. Looking around I could tell that the bats were circling a lot closer than they had been. They were closing in on me.

Looking down I searched for Primus. He was gone. The bats continued to sing. I felt my heart sink. I was in physical pain, I was sad because of where I was and because I finally realized how badly I had hurt my wife when I left her. Then every horrible thing I had ever done began to come to mind. Was it the song?

There was a flame coming from below. It seemed to burn a path through the bats below me and painful shrieks were intermingled into the sad droning below. It was her. I knew it. If the bats didn’t get me then she would. I wondered if Genevieve would find it funny that I’m basically on a fishing line waiting for something to bite me.

Primus appeared by her side and as the fire shrouding her dissipated they both looked up at me.

Elle and Belle looked at each other terrified and even more determined to get me into the shield which was all but completely on solid ground now. If it took much longer to pull me up I’d be dragged in the snow behind it if the bats didn’t converge on me first.

I looked back down. Primus had used the black smoke to teleport to the spot he was in when I jumped. He looked irritated and like he was waiting. Maybe he wanted the bats to kill me instead of Gevevieve. I didn’t see her down there like she had been. I looked up and she had floated to the center for the bat circle. They immediately dispersed.

Then she dove, like a hawk attacking a mouse into the ravine of dying vampire bats and set them all aflame. Either she was cleaning up the evidence so humans would continue to be oblivious about the existence of vampires and their lore, or because she wanted to roast me over a very large open flame.

I looked up for my friends again, and although I could still feel them tugging on the rope I could no longer see them. I felt alone and scared again. Just like I was when I jumped off of that cliff. On top of which I had lost quite a bit of blood from being shot through the stomach.

Genevieve hovered over the fire and looked stoically at Primus. He shouted at her to hurry up and left. As she floated towards me I wondered if we were finally even. We had killed each other and used the pretense of love to do it. Maybe my war with her was finally over.

“Linus. That was a naughty dirty trick you played on me.” Genevieve said.

“Likewise.” I told her, trying to be calm and as though I was being hauled up a cliff with an arrow in my stomach completely by choice.

“Grenhelda is a little easier to work with and has cauterized my limbs so they won’t just fall off again. At least I’ll have my dignity. So thank you for that.” she continued.

“Get to the point darlin’.” I said aggravated that she was seriously taking the time to goad me into a fight before another attempt at my murder.

“So, I guess I owe you one. And I’m going to repay it now so when I do have to come after you and your little wifey, there will be no code of honor to have to obey.” Genevieve told me.

Demons had honor? The look on my face must have given me away.

“Yes, I still have my own personal honor as a woman. Possessed or otherwise. So…” she said and took the rope above me in one hand. She burned it and there I was dangling on a rope, tied to the end of an arrow in my gut, with my life in the hands of my first love once again.

My only thought was –

I’d like to say that I’m sorry for however the rest of this trip turns out.