Whether you spent your childhood immersed in the wizarding world or your children have discovered its fun and rich story lines, there is something about high school and magic that draws us all in. New to the wizarding world? No Problem. Let us begin by giving you a tour of its newest addition.

While Hogwarts has the market cornered in England, you may remember from Harry Potter and the Goblet of Fire that there are actually other schools of wizardry around the world. The most recently explored one resides in France, but is not the all girls school filled with beauties and butterflies. Red Rail Academy is actually very similar to Hogwarts in that it begins enrollment at a young age, has a very specific set of magical oddities on their campus, an imaginative main school sport, and an unending array of personalities filling its corridors.

Although similar, Hogwarts and Red Rail are very different. There are no floating ghosts, changing staircases, or pictures with people residing in them. At Red Rail, the actual castle of the school is ordinate and surrounded by a forest full of Medusa trees that attack and turn intruders to stone, giant pouncing spiders on the treetops, a river where mermaids that have human legs and fishy torsos come and go to their classes (be careful, they bite), and a creature at the mouth of the sea that is part demon. Intrigued? So are we.

The main focus of being at this school is not actually the magical experience of being at school, but the brutal reality that its newest student is facing. While he fully understood that he has some percentage of angelic blood coursing through his veins giving him powers that he is now attending Red Rail to master and has made his peace with being adopted by a vampire mother….

Danny is battling more than bullies and hormones. His mother chose the first day of school to bite him and welcome him into the world of vampirism.

Answer: Absolutely! We had to thank Daniel for bringing our beloved Harry to life on screen and felt it only fair to name a main character in his honor.

But, who is Danny really like? I mean, what kind of person can we imagine him being?

Which of these lovelies do you think best suits the main character and his struggles? Danny only describes himself briefly as medium height and build, dark curly hair, good looking by human standards but falling short by vampire standards.

While Daniel is in our hearts and Harry’s smile could chase away any thirst for blood, it’s actually Tom Holland’s adorable, lovable, friendly neighborhood I’m trying to do the right thing and not fail my classes personality that Danny’s character is closest to.

Fun Fact: Did you know that Tom Holland can dance? I mean really dance. Check it out. This will bring a smile you your face on a bad day, or just for fun, or just when the radio is on at this point. Hey, we’re all staying at home enough to find a reason to watch this once or however many times it takes to pick your jaw off of the ground if you haven’t seen his moves.

So, will our friendly neighborhood vampire sucomb to his thirst at the expense of his friends or will he be able to keep his most important secret a secret until graduation?

Until next time, Let’s all find out how well Danny took being bitten and who he drank first. I mean, come on, this is not Twilight where he can cheat and drink the blood of animals. But, that comparison will be on another post. 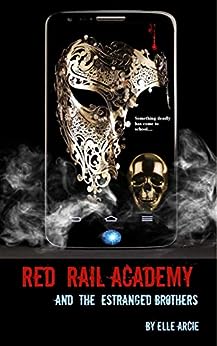