We docked at an immaculate port that was down right gaudy and dripping with golden clad lampposts and pearls woven into the nearly silky planks of the wood. We were met by a valet that ushered us into a little storage shed that looked like a small tea room with a table, sweets, steaming cups of tea, and storage cabinet for my bags. Once inside, mom and I sat and helped ourselves to the snacks. Before I knew it, the shed sprouted great big black and hairy spider legs that swiftly crawled from the dock, down to the shore, and straight up the cliffs to the castle gate.

The legs dissolved into a winding golden pathway leading into the reception hall of the castle. The stone walls were nearly polished to perfection. The tiles lit up ever so slightly as we walked along to find our seats and the plants placed throughout the room smelled of warm apple pie. The school’s website was spread across the back wall playing mini biographies about the people who work here while a lively techno beat droned on in the background.

We sat and waited for the other students and their parents to arrive. The clip of the Headmistress began to play. Her name is Duchess Belladora. She has flaming red hair despite being a wrinkly older woman. Her bio said she was something called an Omipottur. It’s Greek or something, but someone in her family line killed a man eating creature called a Necropoli. Cool. She must have been trained to be a warrior or something. How the creature was defeated remains a family secret though.

Apparently the other students traveled here by subway and ran into a bit of trouble with Ogre’s sleeping in the tunnels. Due to the delay and our boredom, one of the counselors elected to give us the grand tour. Our tour guide was a twenty something, too serious for her age, awkward blonde girl that nearly bored me to death with the history of every rock and statue. The tour didn’t start to get interesting until she showed us the off limit sections and told me over and over how late in my education I was because the kids here usually started at the age of eight. Mom reassured her that I am a quick learner.

After the tour was over we still had about and hour to kill before the other kids were due to arrive, so mom thought spending a little time just hanging out would be a good idea. That way I could feel like she was a part of being here with me instead of feeling like just get sent to boarding school and abandoned like in old movies.

We found ourselves in a really weird greenhouse with plants that looked as dangerous as some animals are. They growled and whispered to each other. I bet they were planning on attacking us and digesting us slowly. Why would they keep plants like that at a school? I was intrigued. Mom turned me around and gave me a big hug saying that she only had a few minutes left before she had to leave and that she had something very important to give me.

I looked up at her excited for my going away present.

“Close your eyes.” she whispered as she got a little teary eyed.

I thought she was just sad about having to leave me until I felt myself being entranced. I couldn’t move, or blink, or anything. No fair using vampire magic to make leaving me here easier for you mom!

“I’m sorry Danny. I am. You need this though.” she said… and bit me just above my collarbone so no bite marks would show on my neck.

I don’t know how long I was down there, but I must have fainted or something. It was dark and I was stunned as I made my way to the dining hall. Everyone was lined up so a strange game of bowling could tell us what part of the castle we’d be living in and what set of people would be our roommates. Putting people who have the same flow of magic together makes things easier.

I was placed in a group called Feather-something and followed the crowd to our chambers. I mindlessly got ready for bed and laid there staring at the ceiling for hours on end trying to figure out how I felt about my mother biting me.

She didn’t bite me to drink me. No. This was a bite I had only seen a few times because the vampire doing the biting has to really control themselves. Although, that can be hard and they usually wind up drinking a lot of blood causing the victim to faint. Maybe that’s what happened to me. Maybe I taste good. Still, you would think my own mother would not have left me lying on the floor in a room full of strange plants that might have been waiting to eat me.

I let my mind wander off trying to figure out why today was the day she wanted me to officially become her son and be undead like her. My mind kept going in circles and wound up at the same thought over and over again.

I was bitten and now I’m going to turn into a vampire. 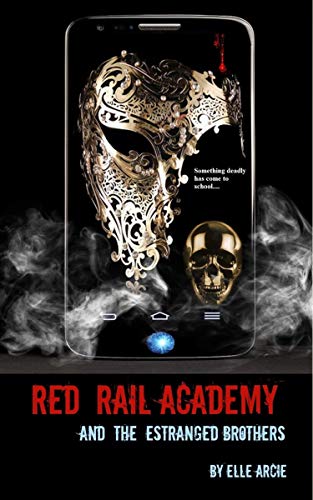